Quick fix in the office with xChips by our own Ben Dixon - dusting off his ancient Prusa i3 3D printer and needed to rebuild the heat bed controller. 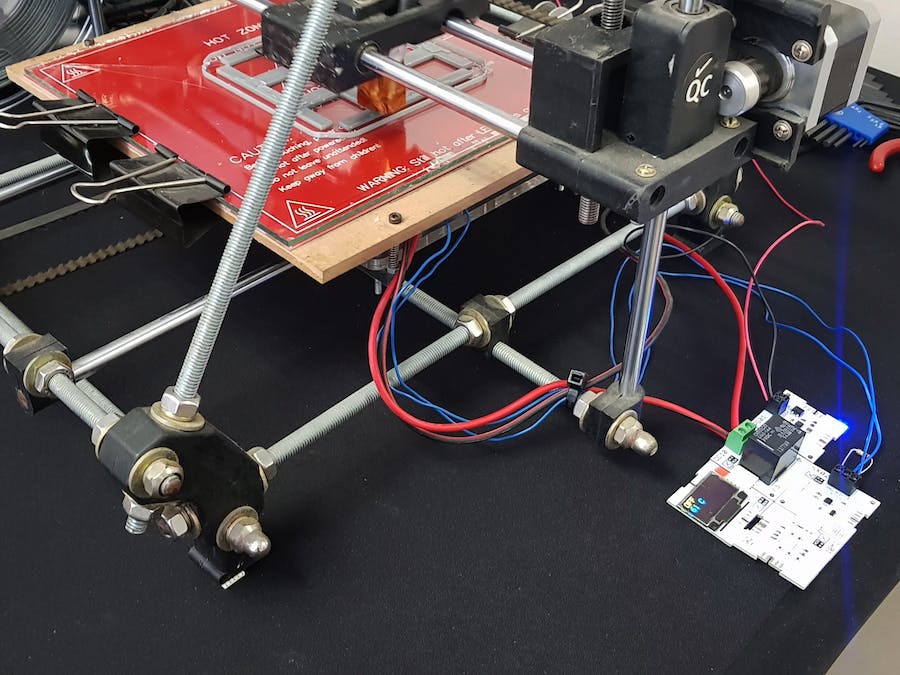 I built a 3D printer heated bed controller using XinaBox xChips. This project was needed to get my old Prusa i3 printer back to life. It is simple, quick build with straight forward software. The XinaBox technology made this a lot easier to build and much more reliable than when I was running this on an Arduino UNO board with loose wires everywhere.

What you will need

Apart from the set of xChips, you will need Arduino installed and the following libraries downloaded from GitHub.

NOTE: The OC10 xChip isn't publicly available just yet and still in testing phases. There are some alternatives available in case you want to replicate this project. Some of the libraries used share main components with other xChips, this is the reason for the names not all correlating in the code.

Please see Hackster for the full project, as well as plenty more from XinaBox.